Art Nouveau (from the French Art nouveau, “New Art”, and in the Russian sense of “modern”) is one of the most popular styles of late, having received inspiration from art and realized its bright individual expression in architecture, object and interior design. Its exalted aesthetic appearance of the interestingly interwoven organic art nouveau motifs, successfully transforming the urban and residential environment of large European and American cities in the 19th and 20th centuries, is due to some English artistic directions such as pre-Raphaelism, aesthetics and Art and Crafts by William Morris. In addition, elements of the negotic architecture, in particular, the work of Arthur Heygate Mackmurdo and Eugène Viollet-le-Duc, had a strong influence.

The Tassel Hotel, which was built in 1893 in Brussels by the design of a young Belgian architect, Victor Horta, was the first architectural “manifesto” of the style. Metal structures were then popular (industrial era), and they were first used as parts of the facade of a residential building, combined with elements of stone and decorated with curly wrought “vegetation.” The interiors were associated with creative wavy lines, they were supplemented with floor mosaics, frescoes, stained glass windows, forging and, of course, original furniture, lamps and carpets created by the author’s sketches.

In 1895, European magazines on art and architecture seriously popularized modern sophisticated aesthetics, complementing their ideas with a variety of skillful illustrations. The style begins to become an actual topic of discussion for creative people – between Vienna and Glasgow in the face of Otto Wagner and Charles Rennie Mackintosh, between Paris and Brussels in the face of Hector Guimard and Victor Orth, etc. . In December 1985, German art dealer Siegfried Bing opened the Art nouveau gallery on rue de Provence in Paris, taking the title from the article by talented critic Edmond Picard. Here are the works of Van de Velde, Rodin, Toulouse-Lautrec and Tiffany. Nevertheless, the city of Nancy is becoming the apotheosis site of the legendary French Art Nouveau, heartfelt and naturalistic, where Emile Galle (Émile Gallé) and Daum brothers glassmakers, stained glass master Jacques Grüber (Louis Majorelle). It is their seemingly senseless creations that will sound triumphant at the Paris Salon of 1900 and will forever become Art Nouveau standards in the general European culture.

Despite all the novelty and complete confrontation with academicism, the art nouveau interior still inherited a number of basic principles of composition and décor of the space from its ancestors, in particular, from the Gothic, Rococo and Baroque. Fresh Art Nouveau as all the earlier classical styles, sought to external harmony of all elements of the interior and demanded the author’s intention in the development of furniture and all the decorative furniture. From the Gothic art nouveau borrowed a theoretical model of stylistic isolation, as well as great attention to the texture and color of natural wood. From Rococo, the modernist style took the grace of asymmetry, while the Baroque studied the complex ornate plastic of the carved entablature. But his sensual relationship with the creative line of Art Nouveau was influenced by Japanese art as well (1868). In the same place he prevailed and a passion for the contemplation of the creatures and natural creations.

Art Nouveau virtuosos-artisans worked with an array of fine wood, glass, silver, bronze, iron, semi-precious stones, mother-of-pearl. They sought inspiration and borrowed constructive ideas from wildlife. Many works, in particular, representatives of the school of Nancy and the American master Louis Comfort Tiffany, show painstakingly research work in creating the concept of each piece of furniture or accessory, in which the line is always bent and the structural articulation is subject to the movement dynamics of a bizarre curve.

Fine architectural and interior monuments of Art Nouveau are located in Brussels, Vienna, Barcelona, ​​Glasgow, Paris, Nancy and Turin. And despite the fact that the national interpretations of the style are different, all the creations of this epoch will always admire with their original ornamental and mythological character, as if borrowed from girl dreams. 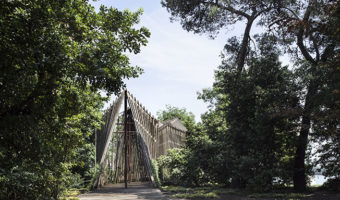 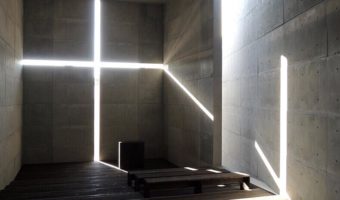 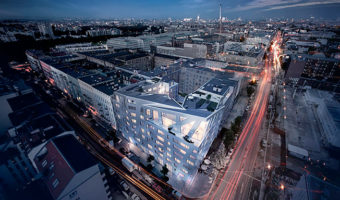